Are you extra smelly after a workout? It might not actually be you. Your GYM CLOTHES could be the culprit.

Over the past year, I’ve been trying to maintain a weekly intense workout session and hot yoga class and that’s when I started to notice that my clothes would reek ALL THE TIME! I’m not sure how many times I’ve had to rewash my leggings and t-shirts. They seem to smell like ammonia no matter how many times they go through the wash. After some research and investigation, I know why;

In a research study conducted at Ghent University, the overall odor of different clothing from a focus group was compared after an intense one-hour spinning class. They wore t-shirts made of either cotton, polyester, or a cotton-synthetic blend. The T-shirts were collected, sealed in plastic bags, and stored at room temperature in the dark, so bacterial growth occurred.

Results from an odor panel determined that the polyester clothing smelled SIGNIFICANTLY LESS PLEASANT. It was described as more intense, musty, strong and sour.  I can’t even imagine having to be on that odor panel smelling these sweaty, musty clothes!

So the study then analysed the bacterial composition of each fabric and what they discovered was the following.

All of the shirts grew several types of bacteria, but it was found that Micrococcus (a type of odor-causing bacteria) grew on:

It was even found that that stinky Micrococci bacteria grows better on synthetic fabrics than on your underarms! This explains why gym clothes seem to smell even worse than when our bodies sweat. 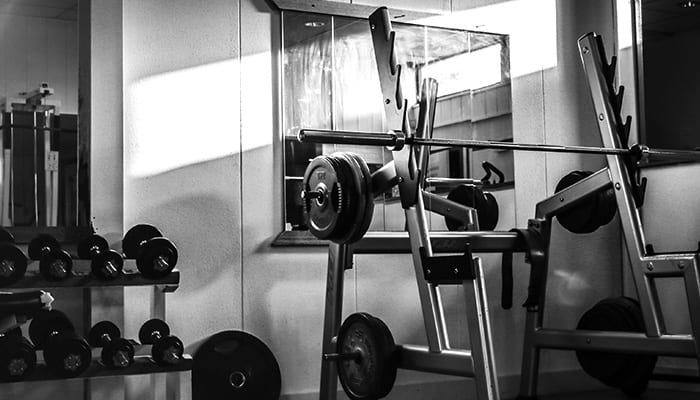 WHAT WORKOUT CLOTHES ACTUALLY DO:

“Moisture-wicking” or “Sweat Technology” often comes to mind when we think of workout clothes. I know I definitely look for that, because who wants to feel like a sweaty mess when working out. It’s hard enough to get yourself to the gym!

However, what you may not know is “moisture-wicking” basically means the clothing is made out of synthetic fabric like polyester, designed to keep you dry while you workout.

Polyester is a petroleum-based synthetic fiber and doesn’t have any natural properties which means it has very poor ADSORBING capacity. While your sweating, the moisture would evaporate THROUGH the fibres of your clothing instead of adsorbing INTO the fibres.

Adsorption = the process in which liquids from a substance adhere to a surface of the adsorbent.

Absorption = the process in which a fluid is dissolved by a liquid or a solid.

WHY DOES IT SMELL SO BAD?

Even though “moisture-wicking” means that fitness clothes will dry faster, the problem is bacteria from your sweat gets trapped IN BETWEEN the fibres as it passes through the garment.

The bacteria that becomes trapped in between the fibres will create a pungent odor, we often smell in our gym bags and clothes. I think I just lost my appetite thinking about it!

The more you wear the garment and sweat in it, the more bacteria and odor that will become trapped, making it even more difficult to wash out. 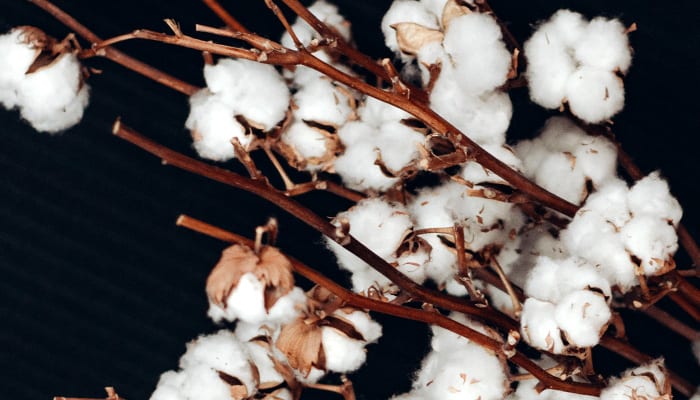 WHAT YOU SHOULD WEAR INSTEAD

Cotton is a natural fiber (originating from the Gossypium cotton plant) almost entirely made up of cellulose, which gives it the ability to adsorb sweat and odor RIGHT INTO the fibres. This avoids bacteria becoming trapped in between the fibres and allows for better removal from the fibres when washed.

The weird part is, depending on whether you wear synthetic fabric or cotton, your workout clothes will end up smelling differently by the time they make it to the laundry hamper. 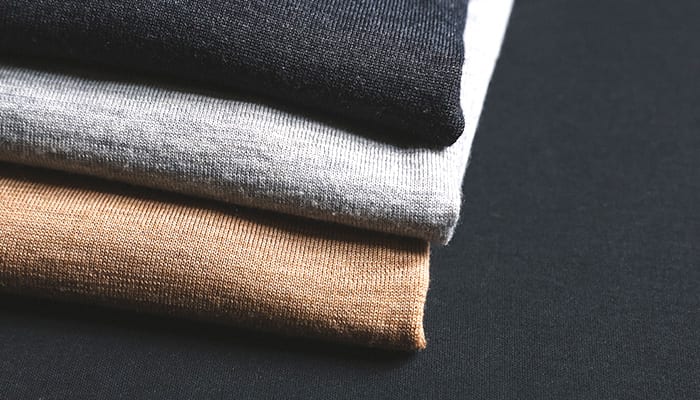 HERE’S WHAT YOU CAN DO

If stinky gym clothes are making your whole closet smell, don’t leave them sitting for a week before they make it into the wash. Bacteria LOVES a dark, cozy place like a gym bag or laundry hamper to grow even more bacteria.

How to Stop Post-Workout Chest Acne and Fade Leftover Scars

Is Your Workout Hairstyle Causing Your Hair Loss?