Deodorants vs. Antiperspirants: What Is The Difference?

Are you confused about the difference between deodorant and antiperspirant? If you are, you are not alone.

Since both of these products categories work very differently to address the same exact problem: odor control – in today’s DECODED I thought I would clarify some major differences between the two once and for all.

You wouldn’t knowingly ingest a spoonful of toxic cosmetic ingredients, yet so many people would not think twice with applying them to their skin every single day. In some ways, smearing toxins under your arms in the form of deodorant or antiperspirant may be worse than if you were to eat it.

“When you eat something, it’s broken down by your liver and digestive system,” says Heather Patisaul, Ph.D., an associate professor of biology at North Carolina State University. “But when you put something on your skin, there are times when it can enter your bloodstream without being metabolized.

Patisaul studies endocrine disruptors — both suspected, as well as known chemicals — that may disrupt your body’s reproductive and developmental hormones. She says rubbing something on your skin doesn’t mean all—or even any—of it will make its way into your bloodstream; it depends on the chemical. Blood tests have the ability to show that many of the substances commonly included in deodorant products can, in fact, worm their way past the epidermis and into the body.

Keep in mind, the underarm area houses fatty tissue that can be susceptible to storing substances — especially if you shave and apply antiperspirant chemicals on the broken skin. The scientific community still does not support the possibility that antiperspirants are a possible danger to your health (that is why they are still on the shelves). It is up to you as a consumer to make the decision if you think this is a risk to your health.

In our discussion of deodorants, we will be referring to deodorants made of natural ingredients  or that qualify as “natural”:

Deodorants are topical products that are designed to work on the surface of the skin to eliminate bacteria that causes odor. They do not prevent you from sweating, but this is also what is part of the healthy appeal for consumers; as deodorant allows your body to function the way it was designed to in order to expel toxins.

However, this is sometimes problematic for “extra” sweaty individuals, but keep in mind most deodorants are actually formulated with powder to help absorb the sweat and primarily work on eliminating the bacteria that causes odor.

I always suggest that consumers should look for deodorants that are formulated with low levels of fragrance. If the deodorant scent is strong, you may be asking for trouble in terms of rashes and irritations as this is a common problem with natural deodorants. Plus, your underarms are a delicate area and house fatty tissue. When you shave and apply a product loaded with chemicals on broken skin you may provide a gateway into your bloodstream.

So which product is right for you?

Determining what product is right for you really boils down to your individual needs. Finding which product delivers the performance you are looking for can be a bit of trial and error. But ultimately, it is up to you to do the research and decide on the risk and reward on something you use everyday of the year, sometimes twice a day, and possibly for most of your life.

We would love to hear your thoughts and insights on this issue! Let us know in the comments below. 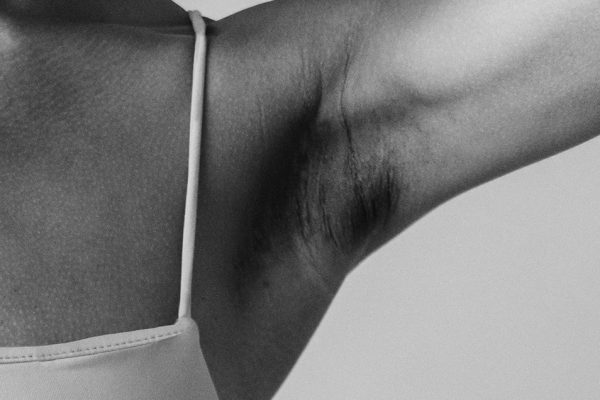 How to Treat Post-Inflammatory Hyperpigmentation

If you’re looking for ways to treat the post-inflammatory hyperpigmentation on your armpits or your body then here’s what you need to do.

Your Guide to a Less Painful Bikini Wax

Believe it or not, temperature plays a major role in sleep quality. Learn 4 night routine habits that will lead to better sleep.